From left, John Anderson, Bill Lemayer and Teresa Anderson look at the progress made on the latest project at the Durago Public Library Literary Garden and the Durango Plant Gardens. (Nick Gonzalez / Durango Herald) 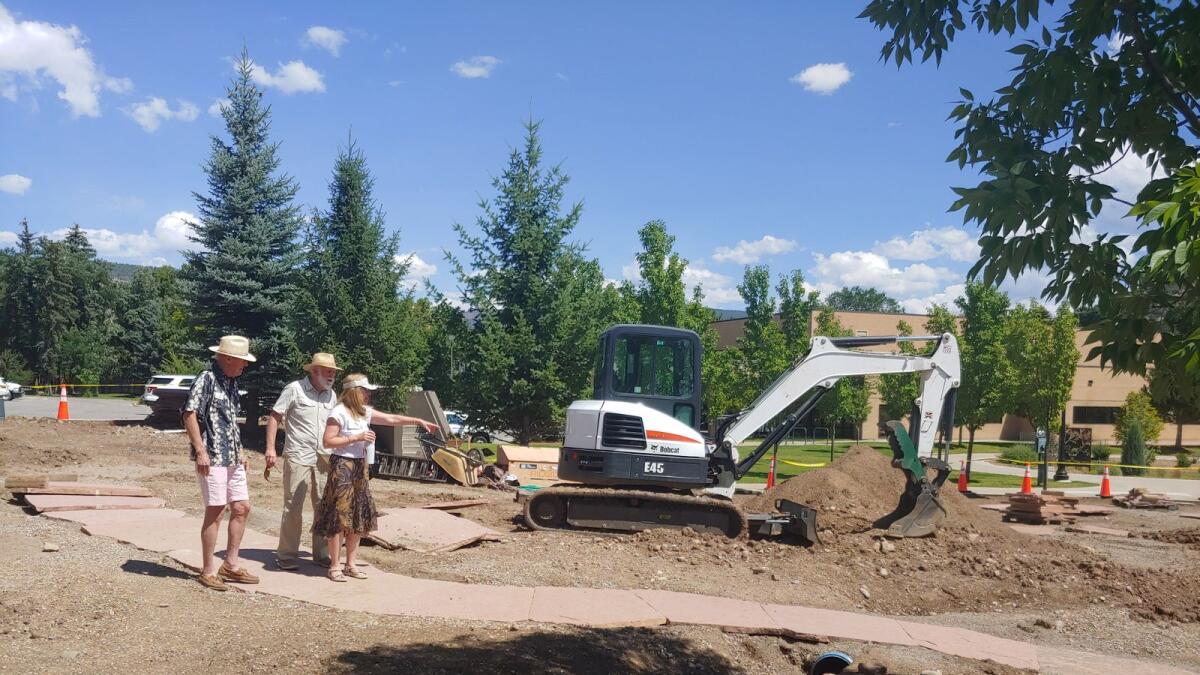 If you look at the front door of the Durango Public Library in the northwest, you can now see huge rubbish, rocks and flags. But give it some time, and that fate will grow into a new literary garden in Durango.

“We are doing a lot here,” said DBG President Bill Lemayer. We are gardening, we are making literary connections, and we are relaxing and having fun.

The garden, designed in early 2015, will be divided into six small gardens – each with its own theme – and will show places and places where people can gather and relax.

John Anderson, a member of the Literary Garden Committee, said: 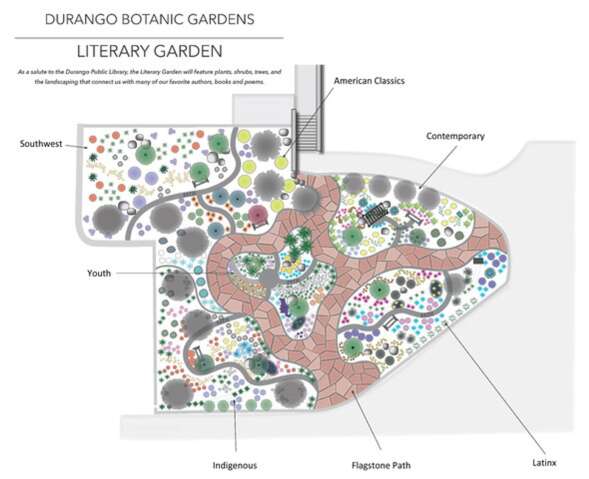 The original design of the layout shows the location of some of the literary gardens. Designed by Lisa Bure, some gardens have been transformed. For example, the indigenous garden design suggests that it would first go to the Southwest Garden. (Durango Vegetable Gardens) 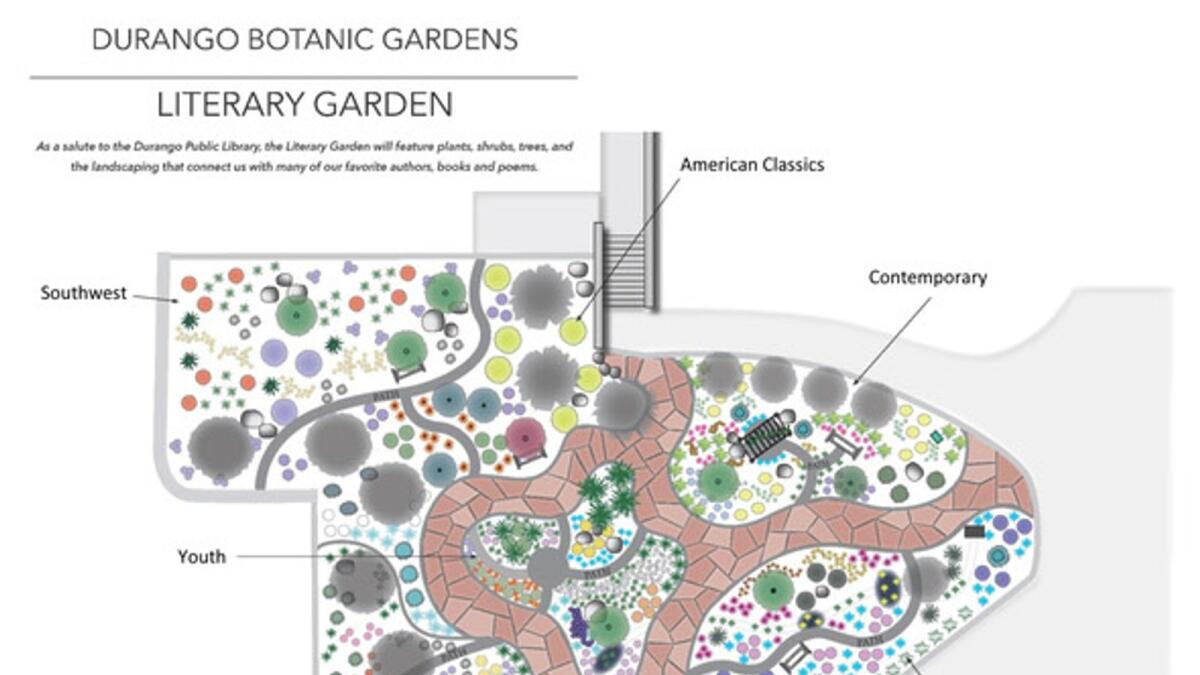 The themes of the six gardens are indigenous, Latin, youth, southwest, modern and classic. In addition to the plants, art, and symbols that represent each theme, Garden Visitors will display QR codes that will help authors learn more about each group representing the group – which will make a difference in what Durango reads, Lemayer said.

He said the committee hopes that the gardens will have small events, such as ceremonies, talks, and reading.

Theresa Anderson, chairwoman of the Literary Garden Committee, said she was particularly pleased to meet the Indigenous Garden. She said the committee is working with staff from Susan Simburek and the South Ute Cultural Center and Museum in Ignacio to select plants that are of cultural importance to the locals. 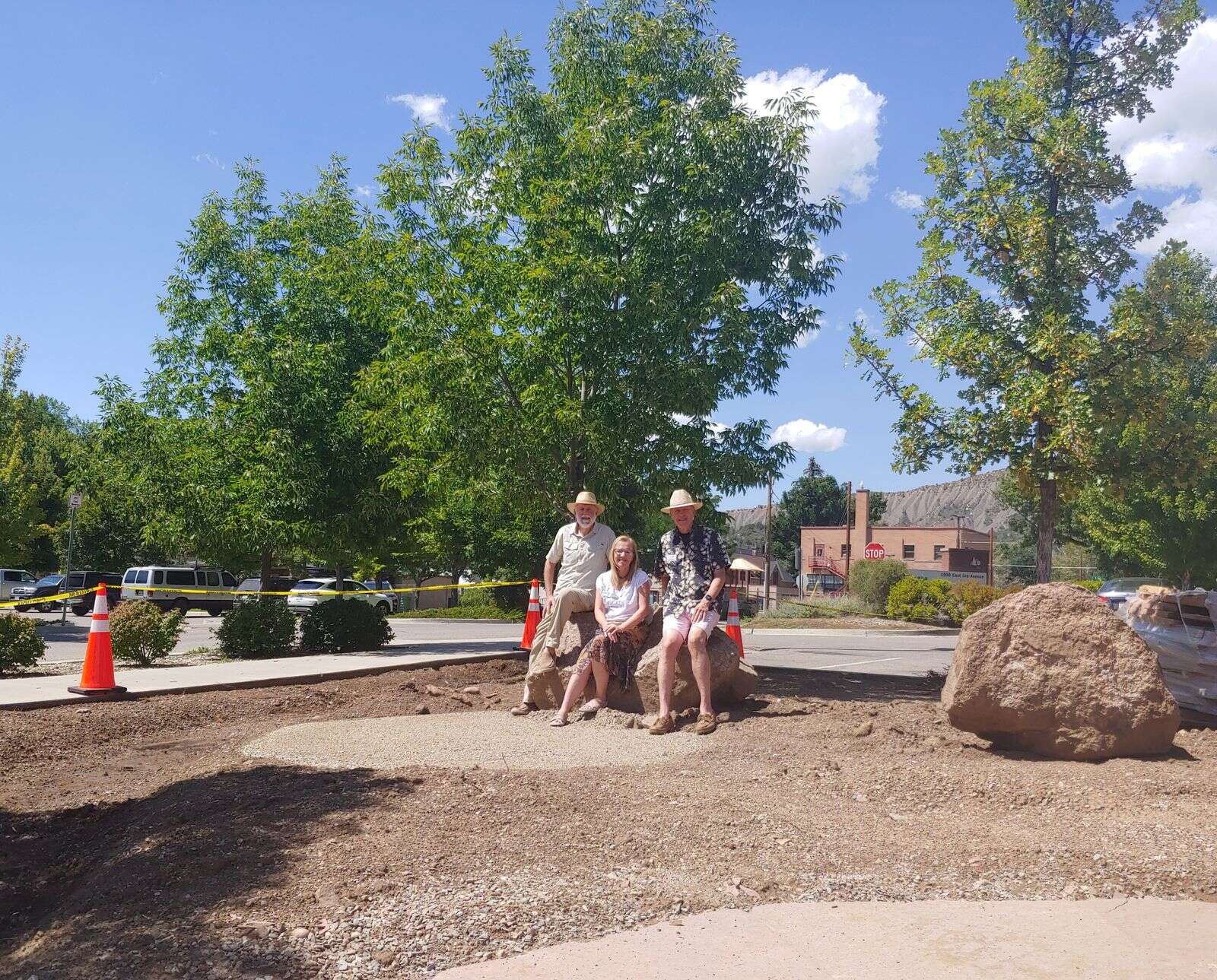 From left, Bill Lemayer and Teresa and John Anderson sit in the last section of the Literary Garden. (Nick Gonzalez / Durango Herald) 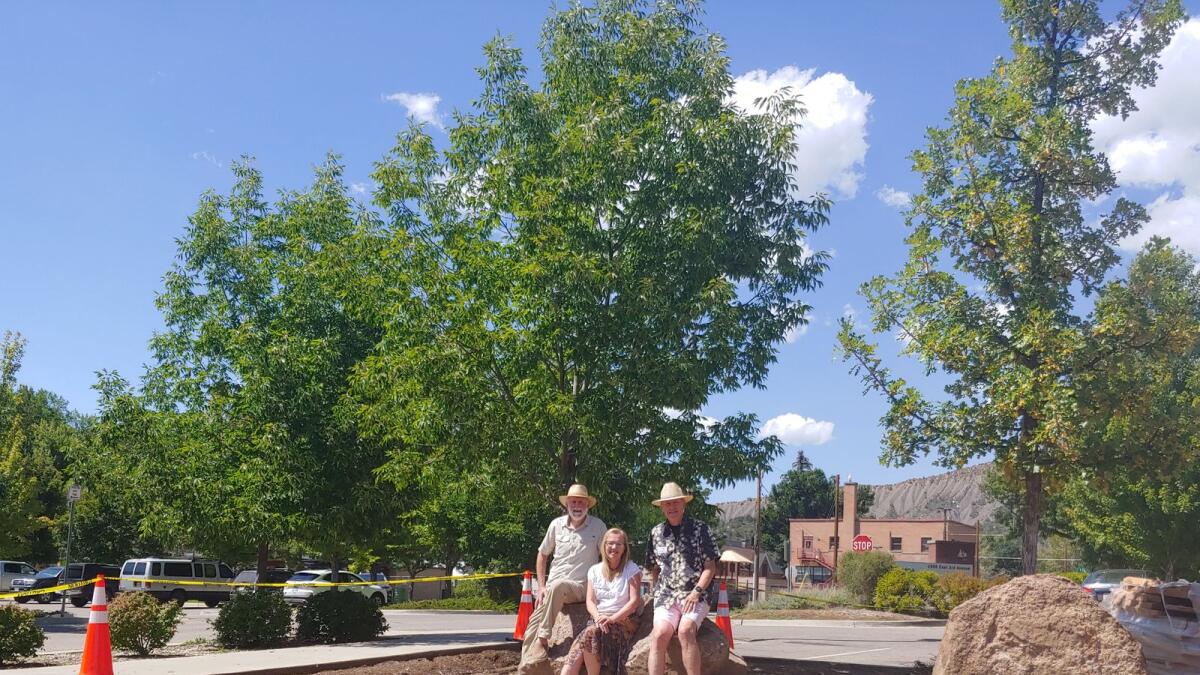 Tanya Winder, a poet and writer from Inacio, is an example of a writer who can be represented in a local garden, as well as writers around the country, such as Tommy Orange.

“Those works will be written by indigenous perspectives, and then we will send them to collections in the library so that people can see, taste and say, ‘Well, I think I’ll go in and talk to a librarian and find out more,'” he said.

Theresa says: “When a person goes to a website, he or she will be able to record a real story, especially with a native. 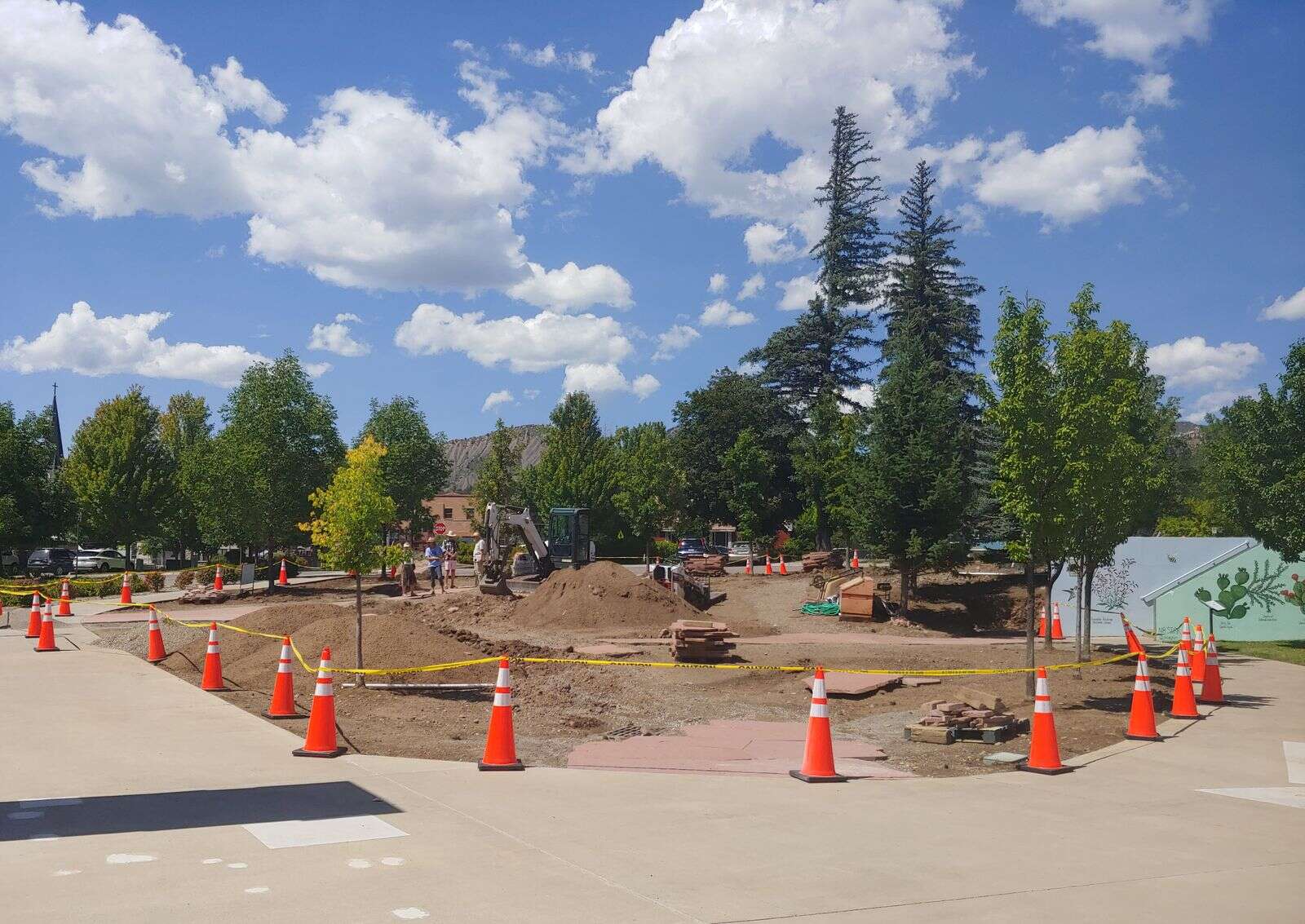 The future literature garden will take shape this fall, and infrastructure will be completed by the end of September. (Nick Gonzalez / Durango Herald) 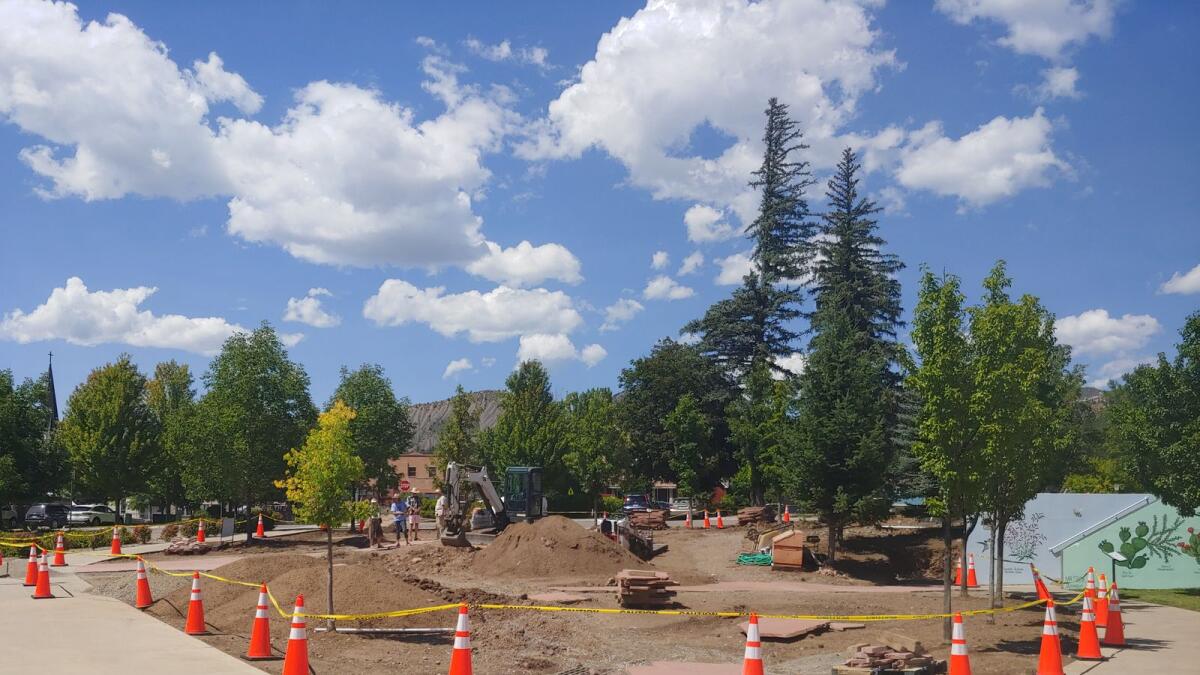 He said the infrastructure that supports the gardens and some signs of where each garden will go should be completed by the end of September. Some plants will be planted this fall, and the final form of the plant will take shape in 2023.

“I think people will start to see him better in the fall,” Lemayer said. Next June, people should start to see this thing take shape.

Indigenous and Southwest gardens will be two if planted first, he said.

“Because those areas are indigenous, it’s very easy to do Indigenous and Southwest,” he said. Things to think about, like classics. We want to make sure that what we sow here is successful. We don’t want to put crazy stuff that only works in East Coast or Florida, so we have to be careful about what we plant.

“We start planting an old English-style garden in the classroom, or we like to go back to Roman times or one-pillar, but it doesn’t work here,” says Teresa. The other part that we are most comfortable with is that these plants grow here and the community looks at them and says, ‘Oh, I can grow that.’

For example, he said, since there are many species growing in southwestern Colorado, the ancient class may include roses. 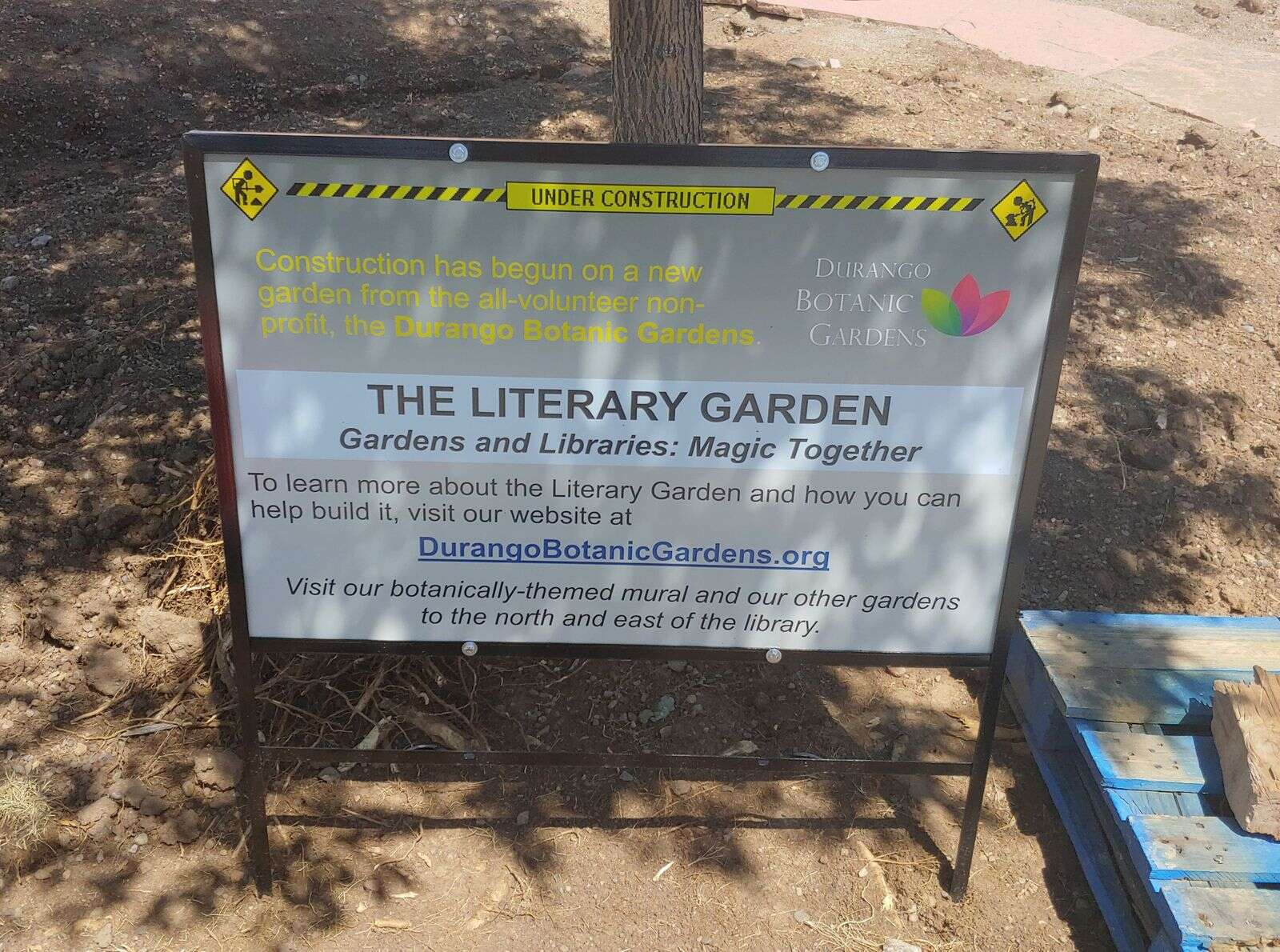 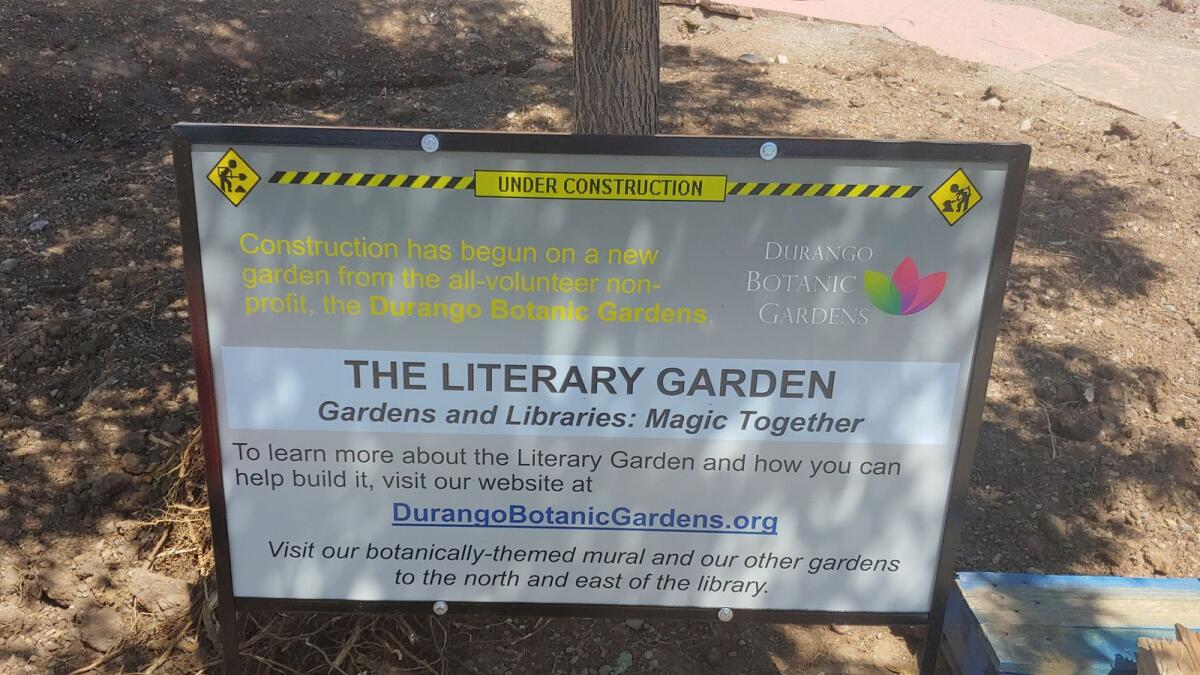 Lemayer said the garden now needs a lot of water when there is grass. The new garden should be greatly reduced, as it has a drip irrigation system and is designed to hold water where it is needed.

“At the end of the day, this … is a tribute to the library,” he said. Since 2010, when we built the display garden behind the library, we have had a successful partnership with the library, and this is the ultimate tribute or reflection of that partnership. 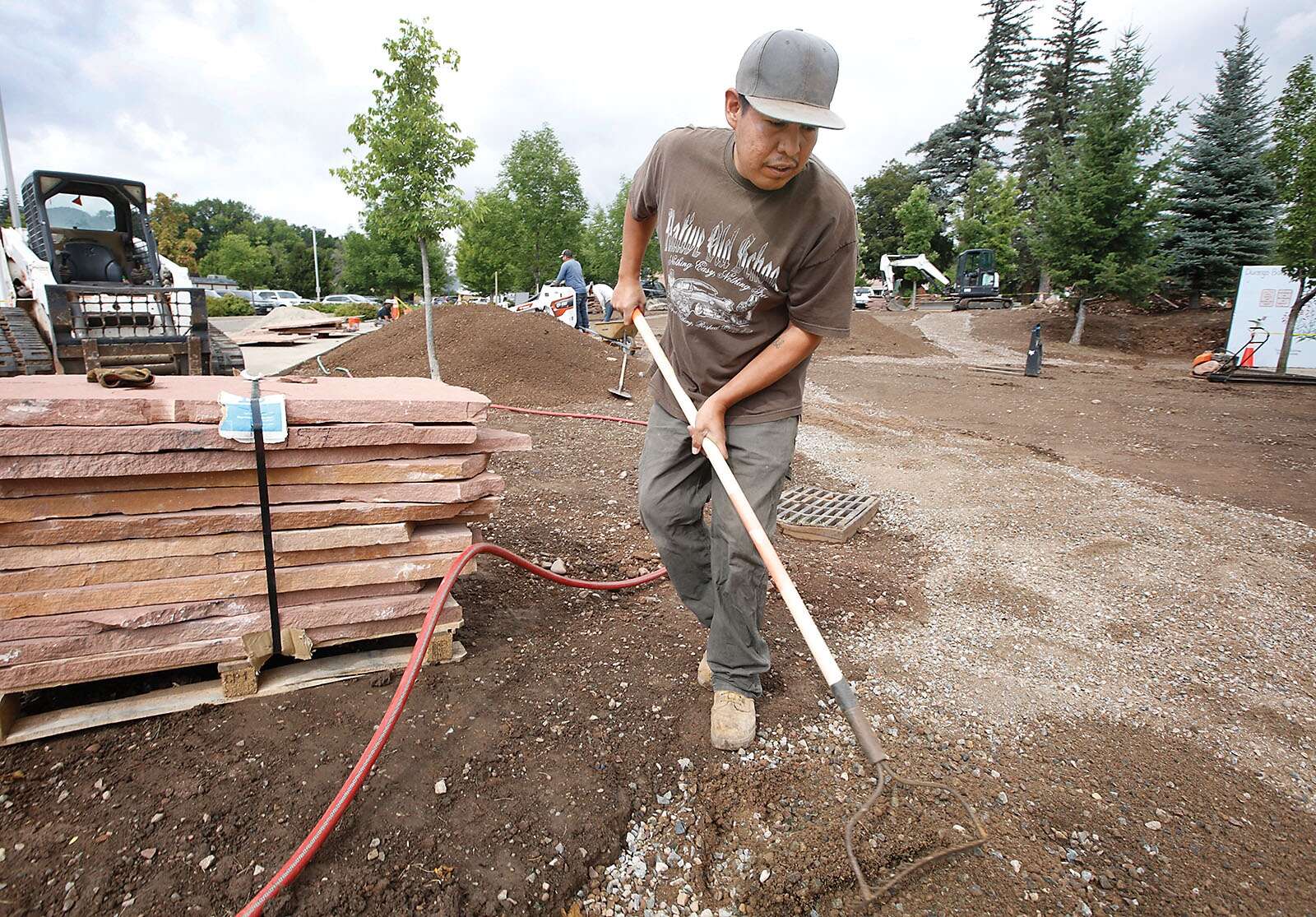 Kyle Morgan works with Canyon Landscape in the new literary garden to be built in front of the Durango Public Library in Duragogo Botanical Gardens. His hard work and landscape work is controlled by the canyon landscape Eric Lewis. (Jerry McBarden / Durango Herald File) 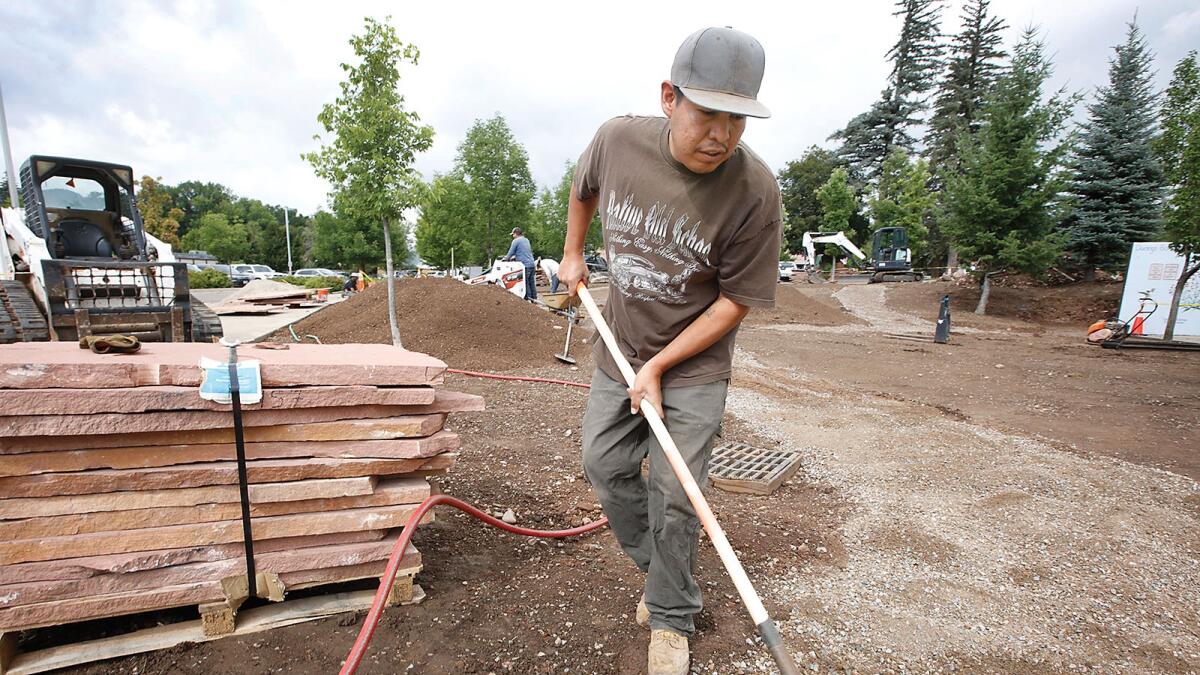 DBG said it is all voluntary and covers donations and membership expenses. The team has so far raised less than $ 100,000 for the 150 donors for the literary garden.

“We are now in the community,” says Teresa. 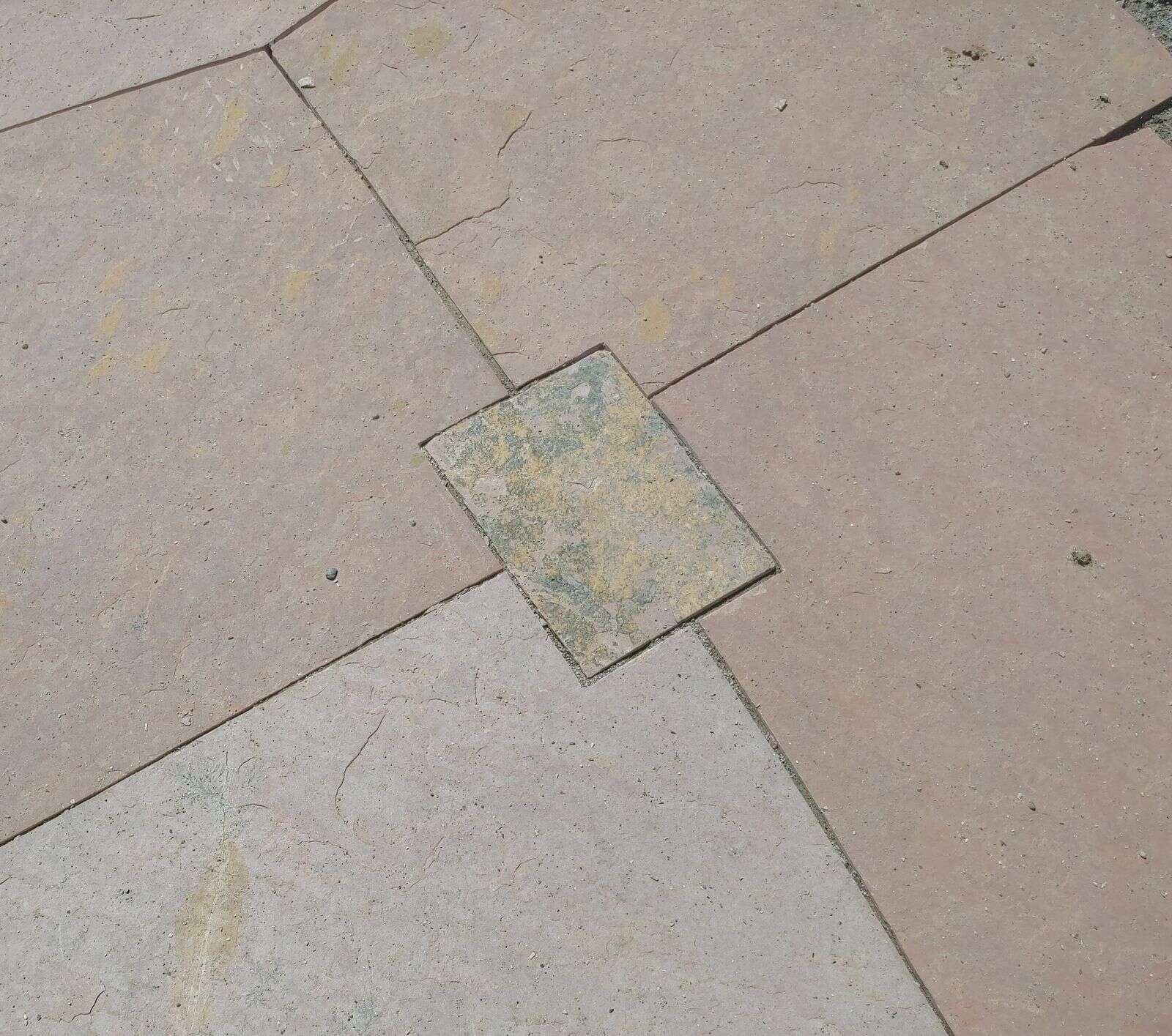 Because the flagpoles could not be connected to the quadrilateral without compromising the strength of the road, excavations were carried out in nectar, said Theresa Anderson. Those in the literary garden may have been carved before the completion of the garden. (Nick Gonzalez / Durango Herald) 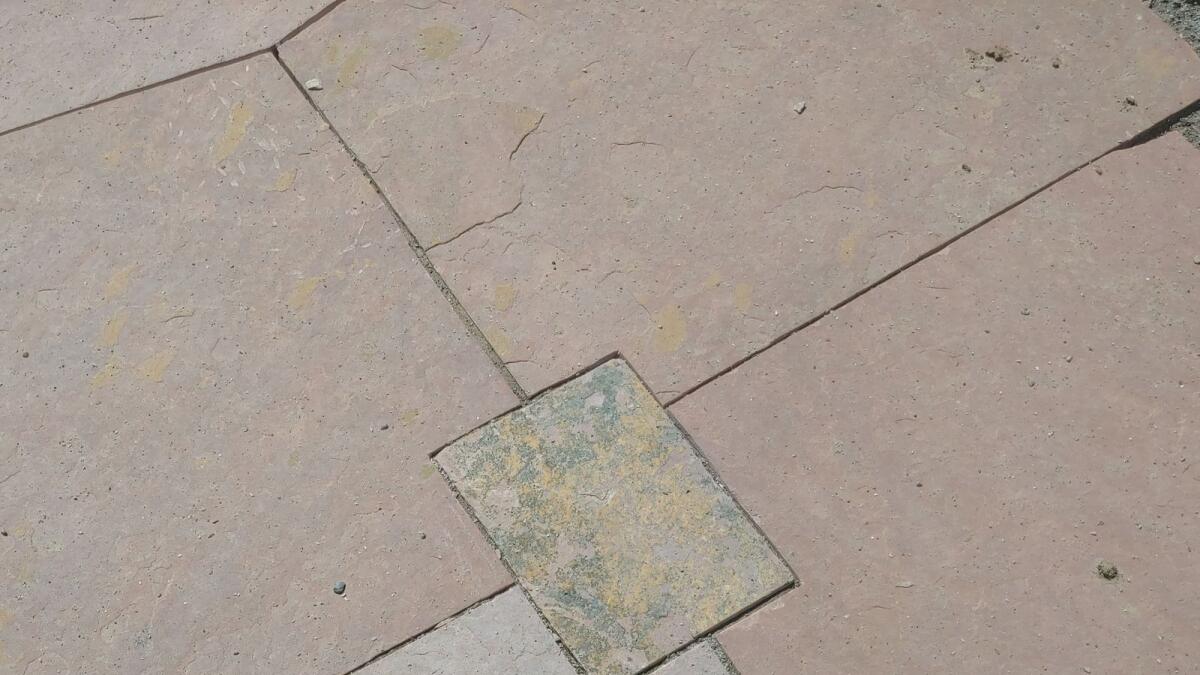 Lemayer said he hopes the new garden will allow more people to see DGBG’s work. In the year before the outbreak, the library receives 400,000 visits a year, but some of these visitors actually see the gardens around the library as they travel from the parking lot to the entrance.

He said the new garden will make the work of Durango Parks “a lot of faces and centers.”